The history of Heart for Africa

Heart for Africa was formed in 2014 with the purpose of supporting the development work in the Central African Republic (CAR). 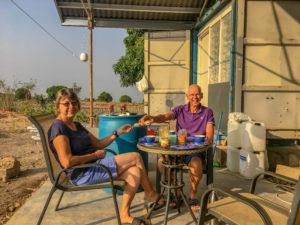 Vera and Bent Skindhøj in Bouar

The persons behind the project are Vera and Bent Skindhøj, who in 1999 had returned to Denmark after working with development projects in CAR for 15 years. In the years after the turn of the millenium the situation in CAR worsened. Lack of political stability, rebel group’s violent treatment of the civilian population resulted in many NGO’s leaving the country. This left the population feeling like they were forgotten by the world. Many were traumatized due to the violent events. School attendance and education was made impossible for many.

This was the reason that many of the people Vera and Bent Skindhøj was still in contact with asked them to come back and help the people of CAR. 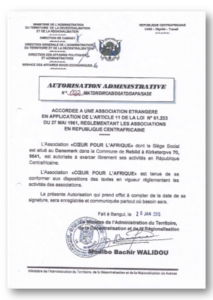 HfA is approved as an organization in CAR in january 2015.

Their prayers were heard, not only by Vera and Bent, but also by other people who recognized the need for and opportunity to light a candle in the darkness. In 2014 Heart for Africa was founded with a board and bylaws and with Vera and Bent as unpaid workers in CAR. The work has a Christian foundation and its principle is “help to self-help” . The purpose is to ensure that  everybody, no matter religion or tribe has the access to development and information.

The organization now has more than 300 members who follow and support the work. Gifts and donations to Heart for Africa are tax-deductible. Except from fee to the accountant there is no administration expense in Denmark. The financial records are taken care of by an extremely competent and unpaid book-keeper and remaining adminstrative work is done by the board.

The work in CAR is concentrated in the provincial town Bouar and relies on active involvement of the locals. The first phase has been building a community center in the outskirts of the city.

Volunteers in Denmark has loaded several containers that have been sent to CAR with materials that were needed for the building, machines for the workshop, etc. With local labor and Bent as building manager the community center is now finished and have accomodations for workshops (carpentry and metalwork), kindergarten, education, kitchen and guests.

The second phase, which had already begun during the work phase, is to find children and adults who will benefit from the community center. 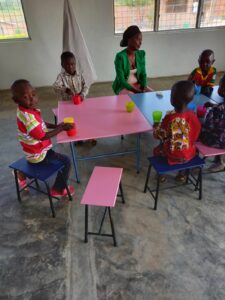 I November 2020 the kindergarten opened

The purpose is to offer children, young and adults an education which can improve their lifes. Therefore, a kindergarten has been established where the children learn through playing and are given a nutritious meal. Many children in the age of 2-5 are understimulated and are not feeded properly at home. After a short time in the kindergarten it is obvious that they are thriving. They get a spark in their eyes and learn new things. The goal is to prepare them for school at 6 years old. Two local women lead the kindergarten. They have no pedagogical education. Therefore we are looking forward to when our volunteer Astrid Bager, who is a teacher, will be traveling to CAR in February 2022. Read more about Astrid here.

Astrid’s job will be to give the leaders of the kindergarten a fundamental pedagogical understanding. In addition she will offer help with homework,  activities for the older children and English classes for the adults who request these.

In CAR Heart for Africa (”Cæur pour l’Afrique”) is registrered as a humanitarian organization with unlimited work- and residence permit as well as the right to import goods free of duty. This is a testimony that the work is acknowledged and valued by the country’s authorities.

The work on site is lead by Vera and Bent Skindhøj, but the responsibility is gradually being handed over to the local leaders. As an important step on the way a group of locals has been involved in the management. To prepare them for the job they are completing a leadership course, which is modified to local conditions. Practical exercises and role plays are alternated with theoretical classes. The courses, which is completed through several modules of 6 weeks each, is taught by a person who has grown up in CAR and has a Master’s Degree in management and personal development. 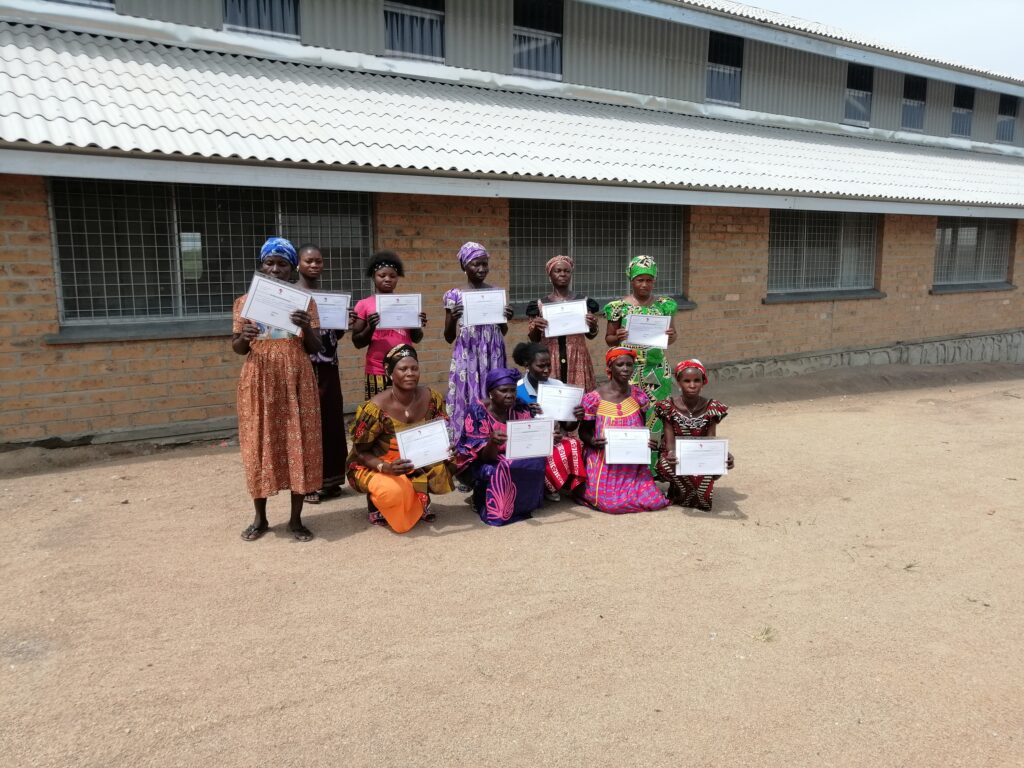 The first reading class in the community center

The workshop play an important role. The goal is to offer women and men education in different skills which can earn them money and make them capable of improving the conditions of their own and other’s families. Simultaneously, they can share their knowledge with neighbors and friends.

There will be offered short courses in carpentry (primarily manufacturing of furniture) and metalwork. The lessons are offered by a skilled local craftsman who has helped during the construction. Furthermore, it is intended that volunteers (primarily from Denmark) will help with the lessons. For this reason we are currently looking for craftsmen who have the courage to travel to CAR and share their skills.

We are currently working on three projects:
The kindergarten which is expected to receive 30 children
The leadership course which aims to equip the local workers to take responsibility

And a third project with the title “Better life with simple means”. The workshop  is equipped with a rocket stove which can be used for cooking with minimal use of firewood. At the moment almost all food in CAR is prepared over a fire on the ground. It takes a lot of firewood which has to be collected. With a small effective fireplace time will be saved and the environment will be spared. In addition, a kitchen table with a sink has been constructed. With this table, the cooking will be lifted from the ground and become more hygienic. Meanwhile it assures a working posture which is more gentle to the body. The kitchen table as well as the fireplace is introduced at courses for the locals. This course will also teach how to grow new and nutritious crops which the locals are very interested in.

Working in Africa gives many challenges and often requires great patience. This is especially true in CAR. Not everything works out as planned. In return, new possibilites show up which must be utilised. An advantage of being a small organization like HfA, is that the effort is quickly adjusted to the conditions. The way from thought to action is short.

It is critical that the vision is not lost; that men and women, children, young and adults who have been influenced by acts of war and poverty will get the courage and skills to claim the responsibility of their lifes.  In addition, it is critical that there exists a group of people who follow and support our work with prayers and contributions. 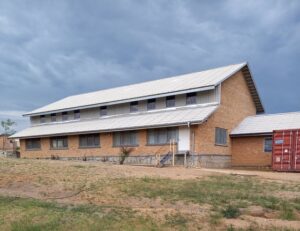 The community center in November 2021